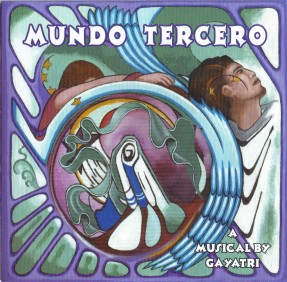 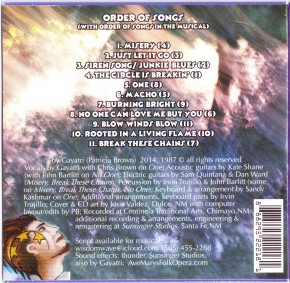 Tercero Mundo or Mundo Tercero  (Third World) is a modern musical about Diego, a disillusioned, recently drug addicted young man, who travels with a Good Samaritan friend to a third world country. They go to help prevent the kidnapping and trafficking of children. Caught in a war torn political climate, the citizens are terrified and intimidated by a ruthless regime, resisted by guerillas and an idealistic, local, educated aid worker with a strong spiritual faith and sense of justice. Initially rebuffed by this young woman, Diego wins her love and respect by daringly helping her to free two daughters of a local family.

What Inspired this Musical

After attending university in the 1960’s and 70’s, the folk and rock songs of social activism and protest haunted me like background music. Their messages of social equality and righting social wrongs pervaded my work as a clinical/community psychologist in the mysterious land of Northern New Mexico. The locale is known as the “black tar highway “suggesting its critical role in the trafficking illegal drugs into the Southwest and Midwest United States,  plagued by addiction, drug trafficking and the disintegration of human lives. Songs by Joan Baez with her courageous protests reverberated alongside so much human suffering. Stories of uncles giving birthday presents of heroin to 14 year-olds were juxtaposed with news of the nuns murdered in El Salvador. Accounts of brave doctors facing the devastations in Third World countries floated through my own work with clients. Families were shredded by multiple assaults upon their stability. In impoverished homes, children could not be supervised by struggling parents. Drug dealers spooked the schools looking for new customers. Preteens were seduced to wild parties and plunged headlong into life threatening circumstances. The practice of ancient healing Sanskrit mantras saved my own sanity in this turbulent milieu. Many an encounter with human suffering led to another song.  Out of this period in the late 1980’s, I first wrote a draft of Tercero Mundo (some say it should be Mundo Tercero). It is a story of redemption and sacrifice and love. I passionately hope that others will be inspired to transform their distress into heroic actions. I am happy to report that Teatro Paraguas, a wonderful local community theater, is launching a reading of this musical. I perhaps it will someday go on stage into a full production. In this dark time of social devastation on many fronts, I sincerely hope that the nobility of the human spirit will be once again be cherished and spring forth with courage and magnanimity.