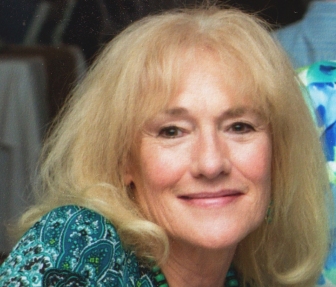 “WE TALKED LONG ENOUGH for Patricia Brown to explain that she is a practicing clinical psychologist. In an extraordinary way, she spontaneously and unexpectedly receives lyrics and melodies, which she tapes and then writes. Patricia mailed me her published libretto for a musical, Songs from Ave: A Mystic Muse. She writes in the Introduction, ‘In 1986, I bore witness to an outpouring of music and lyrics from a heretofore unknown part of myself. That I knew nothing of music construction made the process all the more joyous and mysterious. These songs came as a prayer and an invocation to a healing longed for deep within, particularly in the realm of the divided feminine, the chthonic and the celestial. The songs accompany a script that plays out this polarity in the drama of the Christ and the women who loved him, most importantly Mary, the virgin mother, and Mary Magdalene, the prostitute. Arising from a place of psychological struggle commingled with a deep commitment to spiritual application, these songs came forth as a healing response from a deeper layer of myself. That Christ, as God-man, loved the breadth and the depth of the feminine is the redemption. That his disciples, as men, did not is the contemp-tion.’

I was the one who received the tingle on reading these words. Here was a woman’s experience lit by professional knowledge of psychological theory, dealing with a theme I had long pondered the great gulf between Christ’s acceptance and support of women and the, distorted relationship between the church. I read into her words the historical, outward split between the patriarchy and the experience of being a woman. Patricia Brown, as I later discovered, suffered deeply from an interiorized split between the masculine and feminine aspects of herself. To heal this division is the purpose of her spiritual journey. The wisdom she shares derives from this inner core. Recording the story of her process has given me a broader view of my own struggle with boundaries. Patricia Brown is a fragile light brunette with very light skin contrasting with dark hair and light-catching eyes. Her expression is wistful. She was friendly and easy to talk with, so our rapport grew rapidly.”
“Patricia Brown: Healing the Healer” Artists of the Spirit, Mary Carroll Nelson, Arcus Press, 1994

ABSTRACT: A folk opera, AVE, explored issues of child abuse, sexual assault and violence through the character of Mary Magdalene. Using indigenous religious folklore images, Magdelene is befriended by Jesus’s mother and healed of her childhood wound through a religious conversion. Six hundred secondary students attended three daytime performances and 486 returned a Likert-scaled questionnaire. Results indicated most students perceived abuse as a personally relevant, real social problem, with felt relevance increasing with age. Significant trends supported initial expectations with an increase in community and personal awareness of child abuse/sexual assault and an increase in personal and community interest in helping others. Community risk factors contributing to denial of abuse were explored. More Hispanics responded positively to the sense of benefit. Findings suggest that performing arts can help increase awareness of child abuse as well as help stimulate personal and community interest in helping. This benefit increases with teacher discussion and age.

Impacting Awareness of Child Abuse … This project explored the issues of child and adult physical and sexual abuse through the medium of a folk opera using familiar religious folklore embedded in the local culture. The performances, supported by grants from the New Mexico Arts Division, the McCune foundation, and private donations, were performed by a newly created community theater group through the Northern New Mexico Community College in Espanola, New Mexico during August and September of 1995.